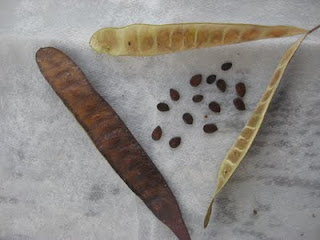 
A tropical tree belonging to the genus Leucaena, of the legume family
Leguminous (nitrogen fixing) tree with White yellow tinged flower clusters resembling a powder-puff and foliage resembling that of mimosa trees. Seed pods are like those of the acacia.
Leucaena can make a good shohin bonsai when grown from seed. It is fast growing and quick to develop an aged looking trunk. 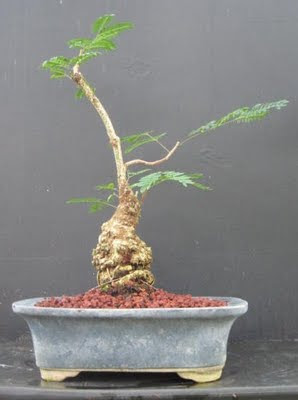 Tropical Mimosa is one of the trees Bonsai Mary introduced to the world of those growing bonsai. This is a tree from one of the seed she sent in 1993.