The oval-shaped fruit which seated on thick fleshy receptacle turns reddish/purplish when ripened, which looks like a little Buddha meditating with a reddish/purplish rope on. The ripe purple-red fruit on female plants are edible, though the seed is not.


If you're buying a Buddhist pine tree bonsai, it's best to purchase a plant with the size trunk you want. Podocarpus trunks develop very slowly, especially in a container.


If you're buying a collected tree, be sure it has been in its current container for at least a year (preferably two)

Bonsai is often used in the life improvement system of feng shui and are known to be grown on temple grounds of China.

Buddhist Pine is highly regarded as a feng shui tree

The Buddhist Pine, which is not a true pine but a podocarp, is thought to be the harbinger of good fortune. Along with the Bodhi Tree, the Buddhist Pine plays at important inspirational role in Buddhist religion. The fleshy red seeds represent 'disciples' of the Buddha, assuring its owner of never being impoverished

Many believe Luck the pine actually produces attracts good health, that wealth is a by-product of being healthy


When grown outdoors, the evergreen Podocarpus can grow to thirty feet with a spread of about twenty. 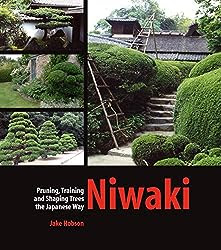